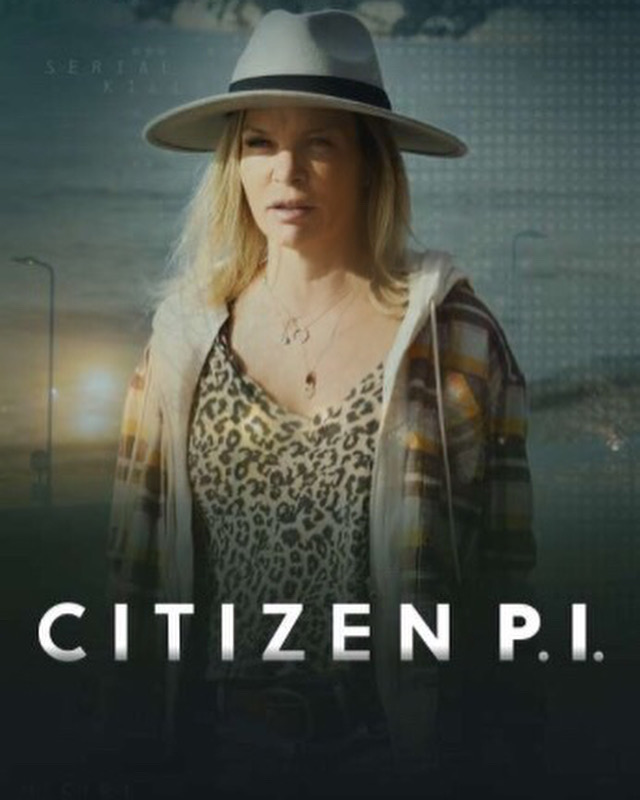 (New York, Ny.) – When criminal investigations fail, and justice seems like it’s out of reach – sometimes it only takes one brave citizen to crack the case. Citizen P. I. is a new investigative series that examines the phenomenon of amateur sleuths who have played major roles in cracking real unsolved cases. This six-episode series showcases the colorful personalities of people who dive headfirst into the rabbit hole to solve violent crimes. While some people may view this simply as a hobby, these digital detectives can play a significant role in the apprehension of real criminals. Citizen P. I. will be available to stream on discovery+ beginning Tuesday, July 27.

Each episode of Citizen P.I. follows one or more amateur sleuths as they investigate a case that poses a significant interest to them: a series of dead ends leaves a killer on the loose in the hills of Malibu, California; a victim is found buried deep in the woods of East Texas; and a woman’s controversial death is ruled a suicide, leaving a Florida community divided for more than a decade. When a case goes cold, justice might seem like it’s out of reach. But sometimes, one brave Citizen P.I. can make a difference.

Episode titles and descriptions below:

When a young father of two is found shot in in his tent on a camping trip in idyllic Malibu State Creek Park, resident citizen journalist Cece Woods uncovers a string of unreported shootings in the area leading up to the murder. In the months following the shootings, Cece pressures the LA Sheriff’s Department to keep the public informed. When her request is ignored, Cece takes matters into her own hands to inform the public of the sniper who is on the loose in Malibu Canyon.

In 2010, in St. Johns County, Florida, Sheriff Deputy Jeremy Banks makes an emotional 911 call. His co-workers respond and arrive at his home where his girlfriend lies dead. Jeremy says it was a suicide, but her family and friends disagree. Years later, an amateur investigator looking into the case winds up dead. Amateur investigators Javier Leiva and John Taylor make it their mission to uncover the truth about both deaths.

In Pensacola, Florida, independent journalist Rick Outzen is drawn into a story that takes over his life.  When a local couple is murdered in their home in front of their children, police will do whatever it takes to solve the horrific crime, including asking the media for help. Rick’s investigative tactics coupled with his contacts provide invaluable insight into the killers and the shocking motive behind one of Florida’s most notorious crimes.

In 2006 in Gregg County, Texas, two hunters out for target practice find the body of an unidentified young woman. Her death haunts the detectives of the Gregg County Sheriff’s Department for more than ten years. But when amateur sleuths with the DNA Doe Project take the case in 2018, the race heats up to solve the identity of the victim and bring a killer to justice.

A Failure in the System

In 2010, 29-year-old Hera McLeod set up an online dating profile and soon met someone that she hoped would be the man of her dreams.  But shortly after giving birth to their son, a shocking betrayal proves that everything she knew about him was a lie.  She soon realizes the terrible truth: she was sleeping next to a dangerous killer. Desperate to protect her son, Hera goes on a mission to prove his true identity and prevent him from killing again.

I Will Find You

In Shreveport, Louisiana, best friends Jeanie Phelps and Patty Thorington investigate the murder of Jeanie’s beloved sister Carol Ann. After decades of searching, Carol Ann’s remains are formally identified. Now the search for her killer begins – a search that has consumed both women for decades.

discovery+ is the definitive non-fiction, real life subscription streaming service. discovery+ features a landmark partnership with Verizon that gives their customers with select plans up to 12 months of discovery+ on Verizon. discovery+ has the largest-ever content offering of any new streaming service at launch, featuring a wide range of exclusive, original series across popular, passion verticals in which Discovery brands have a strong leadership position, including lifestyle and relationships; home and food; true crime; paranormal; adventure and natural history; as well as science, tech and the environment, and a slate of high-quality documentaries. For more, visit discoveryplus.com or find it on a variety of platforms and devices, including ones from Amazon, Apple, Google, Microsoft, Roku and Samsung.